Cathlene Nadine Diak, age 68, a Florida resident, who spent the majority of her life in Ohio, passed away peacefully on July 27, 2021, ending a long battle with Alzheimer's disease. She was born to parents Kenneth Shanholtzer and Phyllis Daugherty (Shanholtzer, Key) on January 10, 1953 in Mattoon, Illinois. Cathlene was an adored wife, mother, grandmother, daughter, sister, teacher and friend.

She loved doing many things in her life, and she did all of them with great heart and passion. A graduate of Hoover High School in North Canton, OH, and Kent State University in Kent, OH, she majored in Music Education and taught clarinet and saxophone lessons (and a few trumpet lessons!) for over 40 years to students in elementary school through adult age. Cathlene also enjoyed playing in many concert bands and orchestras.

Another passion she had was gardening. If anyone had a green thumb, it was her. Before her lessons began, you could find her outside weeding, picking vegetables, planting, watering and tending to her massive vegetable garden. She took great pride in being able to provide food for her family this way.

Cathlene and her husband Charles met while attending Kent State University, and were married in 1975. They truly exemplified their wedding vows: “For better, for worse, for richer, for poorer, in sickness and in health …” Most people would be so lucky to have a love like theirs.

She loved her family well. Cathlene loved spending time with her family on the many road trips they took, camping and experiencing different parts of the United States. She was especially fond of trips to Walt Disney World, where she acted more like a kid than anyone. She and Charles also collected Coca-Cola memorabilia for many years, and were members of local and national Coca-Cola collector’s clubs, where they made many lifelong friends.

In lieu of flowers, please make a donation to The Alzheimer's Foundation in her memory. 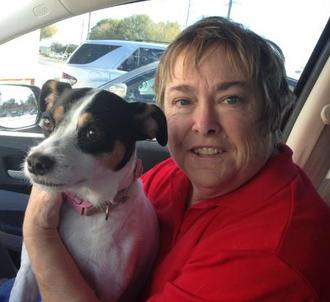