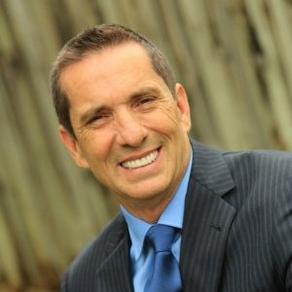 Charles “Charlie” David Kennedy went to be with the Lord on April 14, 2020. He passed away peacefully in his Debary, FL home. He was surrounded by two of the women he loved most: his wife Rose and his daughter Alexis.

Charlie, the son of David Lyon Kennedy and Mildred Cauley O'Neal, was born in Jacksonville, FL on January 20, 1956. He was the youngest of three siblings. On November 14, 2017 he married the love of his life Roselyn Pamaylaon Kennedy.

Charles loved the water and was an avid fisherman. Many of his happiest moments were spent with his wife and daughters in his Tavares, FL home on the shore of Lake Dora. Charlie was also an extremely gifted musician and singer songwriter (his musical legacy lives on at GuidelineCentral.com/CharlieRox). You could drop him anywhere in the world, and as long as he had his guitar, a fishing pole and his girls, he would be a happy man.

In addition to his children, one of his proudest accomplishments was the company he founded in 2002. Under his direction and leadership, International Guidelines Center, Inc. (IGC) grew to become the world's leading publisher of medical society guidelines and clinical decision-support tools. Charlie was a visionary who pioneered the development of quick-reference guidelines tools, which in turn has improved outcomes for millions of patients across the globe.

Charlie was truly one of a kind. What many remember most is how he was always positive and smiling, no matter the situation. Anyone who had the pleasure to know him couldn't help but love him. He would give you the shirt off his back with no questions asked if you needed it. That’s who he was, and the world needs more people like Charlie Kennedy.

Charlie was preceded by his son David Kennedy, and is survived by his wife, Roselyn Pamaylaon Kennedy, his daughters, Alexis and Savannah Kennedy, his son, Layne Kennedy, his sister, Debra Favata, his brothers Robert and William Ferris, and his mother Mildred O’Neal.