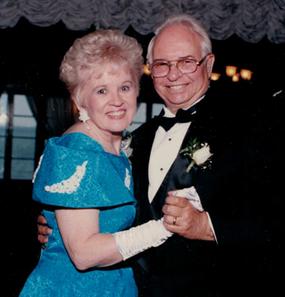 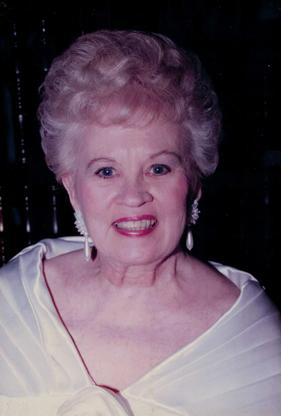 Charlotte was born on June 4, 1928 to Stella and Clarence Taylor in Roanoke, Virginia. She grew up in Salem, Virginia. She married Clinton Wirt of Roanoke at age 18 and worked in a hosiery mill for a number of years. In 1959 she and Clinton moved to Tampa, Florida, where she raised her children.

Charlotte was employed for 25 years as a Design Drafter at the Sperry Gyroscope Company in Largo, Florida, where she met Gus following his first wife’s death in 1976. She and Gus were married at First Lutheran Church of Clearwater in 1980. Over the years, she used her gift of singing by serving in church choirs in Florida, New York, and Massachusetts. Charlotte was a contestant in three Miss Senior Sweetheart of Massachusetts beauty/talent pageants and won 2nd Runner-Up titles in the early 1990s. She and several other contestants were selected to perform on The Phil Donahue Show.

Charlotte was a singer in a small band that performed at nursing homes in the Boston area and another in the Washington DC area after their move to Alexandria, Virginia in 1994. She was also a member of the Potomac River Harmonizers, a female choral group that publicly performed in the area. In addition to singing, she played the piano, organ, ukulele, and accordion. Charlotte playing her favorite hymns is a beautiful memory her family will cherish.

After Gus retired in 1996, he and Charlotte moved to Lecanto, Florida. They joined Faith Lutheran Church of Lecanto, where they sang in the choir for many years until her health worsened and she was unable to continue serving the Lord with music. They moved to Sanford in 2016, where their daughter Liz and her family live. They graciously helped Gus care for Charlotte as her health continued to deteriorate.

Charlotte will be sorely missed by her loving family and friends.

A Gathering of Family and Friends will be held on Saturday, August 3, 2019 at 12pm with a Funeral Service at 1pm at St. Andrew's Chapel 5525 Wayside Drive Sanford, Florida 32771.  Pastor Kevin Struyk will be officiating.  Interment will follow the funeral service at St. Andrew's Cemetery.