Cynthia (Cindy) Webb, from Indianapolis, IN, recently of Deltona, FL, passed away on Friday, January 22, 2021 at the age of 62. Cindy was born to parents George Webb and Vera (McGlynn) Webb on December 30, 1958 in Indianapolis, Indiana.  She was a graduate of Broad Ripple High School - Class of 1977.

Cindy was an Art Teacher for Indianapolis Public Schools from 1986 to 2012.  She studied Art Education for her Bachelor’s Degree from Ball State University in 1981 and received a Master’s Degree in Art Education from IUPUI in 1991.  She was passionate about art, teaching others and loving everyone.  She also was carefree and knew how to have a great time in any situation.

Cindy was preceded in death by her father George, mother Vera, brother Gregory, and sister Angela.  She is survived by step-daughter Misty Swanson and granddaughter Adriana Swanson, brother Jeff Webb, and many nieces and nephews who adored her.

Cindy will be laid to rest at Oaklawn Memorial Gardens in Indianapolis on Saturday, January 30th, 2021. 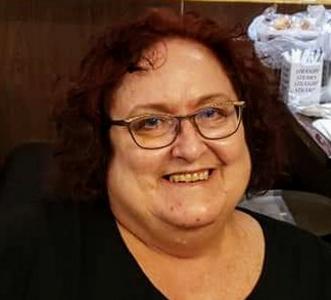