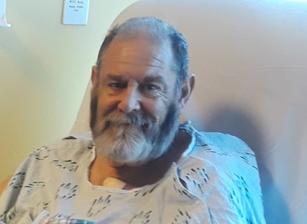 David Sidney Hall - 47 of Deland, Florida passed away Saturday, May 8, 2021 at his residence surrounded by his loving mother and brother.  He was born on October 31, 1973 in Madison, Tennessee to Sidney Clinton Hall and Anita Mae Bandy Hall. He graduated in 1992 from Paulding County High School, Dallas, Georgia, and attended Florida Technical School in Deland for computer programming.  David began working as a dispatcher in 1994 for JRC Transportation. In 2015, he stopped work due to declining health. David loved animals and enjoyed his many pets: snakes, turtles, bearded dragons, and dogs. In his spare time, he enjoyed playing video games from his game boxes and loved being at home. He enjoyed spending time with his friends and family and David was known for his dry humor, infectious laugh, and his kind and compassionate heart.

David was a kidney transplant survivor. In 1999, he received a kidney and enjoyed a healthy life until 2015 when the kidney failed. He courageously battled kidney failure for many years and was on the transplant list, but due to heart problems, was unable to receive another kidney.

David was preceded in death by his father, Sid Hall, and is survived by his mother, Anita Hall, and older brother and sister-in-law: Eddie and Theresa Hall, of Dalton, Georgia, and two nephews and one niece. He also has many aunts, uncles, cousins, and friends that will greatly miss him.

As per his wishes, he will be cremated and no formal service will be held. In lieu of flowers, please make donations in memory of David Hall to The National Kidney foundations at https://www.kidney.org/donation. When completing the donation form, the e-card can be sent to his mother: ablondspydr@aol.com