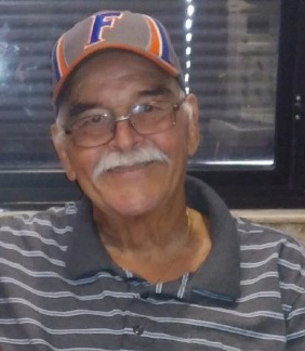 Douglas “Doug” Fletcher Gill passed away on Tuesday, August 6, 2019 after battling cancer. He was known for his love of family, faith, sense of humor, and passion for the Florida Gators. He was born in Alexander City, Alabama in 1956 to Jim Shack Gill, Sr. and Nellie Lee Gill, and moved with his family to North Central Florida in 1960. He graduated from Newberry High School in 1974, then enlisted in the United States Marine Corps where he served four years. Doug’s greatest achievement in life was his family. In 1987, he married Laura Gayle Dickinson, whom he met while working for the Gainesville Sun newspaper. Together they raised three children: Patricia Megan Gill, Andrea Rebecca Gill, and Dustin Jim Gill. Doug spent most of his career in the newspaper industry and in food service. He is preceded in death by his parents; two brothers, Jim Gill, Jr. and Daniel Gill; and two sisters, Myra Gill and Cynthia Steptoe. He is survived by his wife of 33 years, Laura Gill; brother, Johnny Gill; sister, Teresa Watson; three children; two grandchildren, Rhett and Landon; and numerous nieces and nephews. In lieu of a funeral, Doug’s life will be celebrated with private family gatherings. Doug requested that those who knew and loved him honor his memory by making a donation to the Volusia County Baptist Church Youth Camp Fund at 261 S. Orange Avenue, Orange City, FL 32763.