Edna Veleta McNab Grant known by most as Ms. Eddy, Ms. Posso or to her grandchildren as Mum was born on March 22, 1914 and went home to be with her Lord and Savior 107 years later March 22, 2021.  Mum was five of eight children born to Henrietta Gilpin McNab and James McNab.  She later met and married Sanford Grant, a butcher, and a cultivator. During their marriage they were blessed with raising seventeen children.  Mum was a Mother to everyone in our community, well-known, well-loved, and highly respected by all.

Mum was a very assertive, strong, compassionate black woman, with an abundant capacity to love, nurture, and care for others and did not take crap from anyone.  Fearless in nature, think of her as David always willing, ready, and able to stand up to the Goliaths of the world.  She taught her children to standup for themselves and to always defend each other.  She was very strong willed, strong headed (using this word instead of stubborn) so those of you that know her children may be wondering why they are all so hardheaded, this is the reason why. She gave birth to 10 girls (that is another major sign of strength) and 3 boys.

She was the first woman known to raise, care, love and nurture children sired by her husband outside of their marriage.  Loving and caring for them, as though she gave birth to them herself, no one could ever tell the difference between the children she birthed and the ones she did not. The children were never seen in dirty clothes, they were well respected by members of the community and always held to a higher standard because of Mum.

Mum was a seamstress, gourmet cook, and baker.  She made wedding cakes in a brick oven in addition to other bake products.  The best Jamaican patties came out of her kitchen amongst other Jamaican favorites.  Her usual seasonings were salt, pepper, scallion, garlic, and thyme.  Mum cooks every day.  As soon as the food was ready before she dished food for her children, there were several old folks in our neighborhood who had nothing to eat, she would dish their food first and send it by way of her children, before they would eat.

With all those children in the home, it was amazing that you could stop by at any time of the day and be fed, as if she were expecting you to be there. Mum had an open-door policy, no appointments or heads up was ever necessary, you show up and you are welcome. If you needed a home, she provided a space for you and believe me we were not raised in a mansion.  We were raised in very humble settings, but one thing was abundantly clear and constant, was that we were all loved. Mum was like MacGyver she could make things that are impossible possible.

Mum will forever and always be in our hearts.  We love and will miss her dearly. 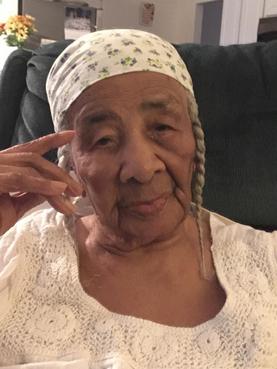 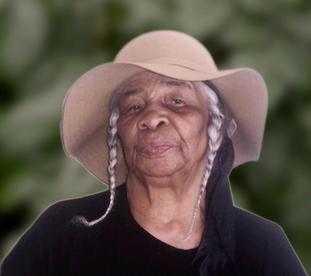 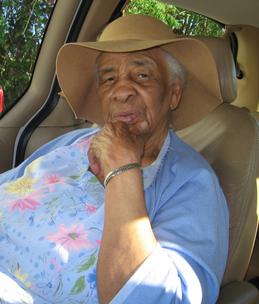