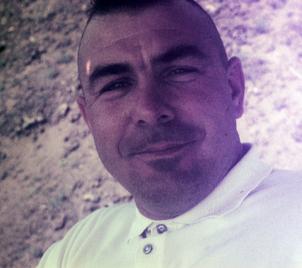 Sergeant Major Francis Edward Rohrs, 92 of DeBary, Florida passed away on Thursday, September 5, 2019.  He was born on April 27, 1927 in Baltimore, Maryland to Andrew Rohrs and Virginia Borusweicz.  SgtMaj. Francis enlisted into the Marine Corps at Baltimore, Maryland in January 1945, for the duration of World War II and six months.  He was sent to MCRD Farris Island, South Carolina for Boot Camp training followed by Infantry Combat Training at New River, North Carolina.  He was selected for sea duty in July 1945, and attended Sea School at San Diego, California where he was trained in gunnery and drill and the discipline and decorum expected of a sea going Marine.  He was reassigned to the Marine Barracks, Norfolk Navy Yard at Fortsmouth, Virginia and placed in a "sea pool" to await assignment to the Marine Detachment, USS Lake Champlain.  During this time he performed duties as a gate guard.

The war now over, the USS Lake Champlain was converted to a troop carrier and participated in the "Magic Carpet" runs returning American G.I.'s from Europe.  It was during these runs that the Lake Champlain broke two transatlantic records, one of which still stands today - 4 days, 8 hours and 51 minutes.  After decommissioning of the Lake Champlain in December 1945, SgtMaj. Rohrs was transferred to the cruiser, Oregon City.  He saw her commissioned, participated in her "shake down" cruise, and saw her decommissioned and place in moth balls in June 1946.  He returned to Marine Barracks, Fortsmouth where he performed duties as a gate guard and awaited separation.

On August 22, 1946, he was discharged at Quantico, Virginia and returned home only to reenlist 18 days later at a Recruiting Station, Baltimore, Maryland.  SgtMaj. Rohrs was transferred to Washington D.C. for duty at Marine Barracks Naval Gun Factory and was later "out-posted" to the Naval Ordinance Laboratory at White Oaks, Maryland. Transferred to Marine Barracks, Yorktown, Virginia in May 1947, he was "out-posted" to the Mine Warfare School for duty until the Marine Security Force was deactivated.  He returned to the Mine Depot to perform duties as acting Corporal of the Guard until promoted to the rank of Corporal.

In July 1950, along with 100 Yorktown Marines, SgtMaj. Rohrs boarded a troop train for Camp Pendleton and at tent camp #2, joined Machine Gun Platoon, Item Co., 3rd Bn., 1st Marines under the command of 1stLt. Joseph "Bull" Fischer.  He embarked in August 1950, with the 1st Marine Regiment aboard the General Buckner at San Diego to cross the Pacific for Kobe, Japan and a short training period at Camp Otsu.  With combat load, the Regiment boarded LST's in September 1950, to sail for Korea.  He participated in "H Hour", 15 September 1950, in an LVT to close on Blue Beach and scale the sea wall with the 1st Marines at Inchon under the leadership of then Colonel "Chesty" Fuller. SgtMaj. Rohrs saw Yongdongpo secured and the liberation of Seoul.

Back aboard LST's in October 1950, he sailed for North Korea to land at Wonsan and march with the 1st Marine Division to Hagaru0ri during the Chosin Reservoir campaign.  He continued on in the drive back to Hamhung.  In December 1950, he was back at Masan, the 1st Marine Division assembly area commonly known as the "Bean Patch".  He jumped off with the 1st Division in January 1951, during the Chinese Communist Forces January Offensive and participated in Operation "Killer' and "Ripper".  In March of 1951, he was evacuated to Yokosuka, Japan as a result of a gun shot wound while 11 miles south of the 38th Parallel.

In August 1968, he was ordered to Viet Nam with the 9th Engineer Battalion and later the 1st Bn., 7th Marines at Chulai as the First Sergeant for Headquarters Co. until reassigned as acting Sergeant Major for the Battalion.

Upon promotion to Sergeant Major, he was transferred to 1st En., 7th Marines at Dai Loc, Viet Nam as Battalion Sergeant Major.  He saw action with them in the Arizona area.

SgtMaj. Rohrs is survived by his wife and will be greatly missed by his family and friends.

A Graveside Funeral Service with Military Honors will be held on Friday, September 13, 2019 at 1:30pm at Cape Canaveral National Cemetery 5525 US Highway 1 Mims, Florida 32754.

Beautiful flowers can be ordered and delivered to Cape Canaveral National Cemetery by Callarae's 386-516-6972. 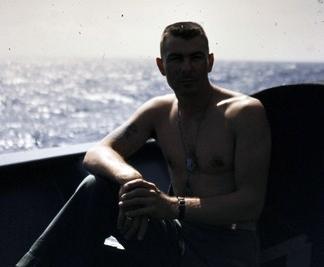 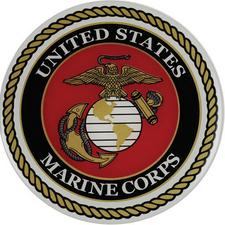 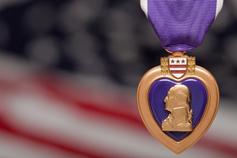 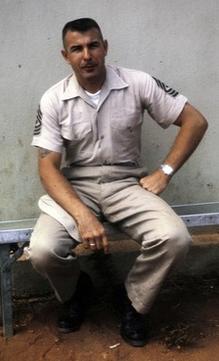