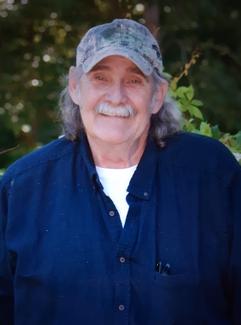 Gary W. Scharf, Sr.
It is with great sadness that we announce that Gary W. Scharf, Sr.,70, of Osteen, Florida, has passed away. He went home to be with the Lord on Wednesday, September 29, 2021. After years of failing health following a catastrophic motorcycle accident and a long, hard-fought, courageous battle against cancer, he died being comforted by his loving family surrounding him.

Gary was born on February 26, 1951, in Huntington, New York to Helen and John J. (Pat) Patterson and was later adopted and raised by William Scharf.

As a boy, he lived on Long Island, New York, growing up with his, then, four siblings as well as his best friend, Al Leone, Steve, Tommy and many others.
After the tragic death of his brother, Johnny, the family moved to Orlando, Florida. He married his wife, Diane, and they raised three beautiful children.

Gary loved music and played the guitar and piano and was an avid fisherman and passionately enjoyed socializing in his younger days. He was an outgoing and charismatic man who never met a stranger. He was artistic and had many talents and abilities.

Following his accident, he was a changed and redeemed man and dedicated his life to the Lord. He became a strong and powerful patriarch of his family, encouraging, loving and praying for them faithfully. He felt very blessed and was well-loved. Everyone called him PopPop.

Rest In Peace, PopPop. You will be deeply missed and your memory will be treasured.

Arrangements by Altman-Long Funeral Home, Debary, Florida. No memorial service is planned at this time.