​On January 26, 1968 in Chicago, Illinois George and Evelyn Russell brought a shining light into the world.

His name was George Russell Jr.

They always knew he was special from the moment he was born. It wasn’t until he grew up that others would discover it too. You see, George had a passionate spirit that was displayed in so many ways. His personality burst at the seams! He had a southern-fried voice that would warm your soul and his smile could outshine any darkness. He would light up the room when he entered.

Ever since George was a child he would make people smile. His smile was contagious and warmed the souls of everyone who encountered it. He generated positivity that radiated to everyone who met him. You couldn’t avoid his charismatic charm. He drew people to him like a magnetic force.

In June of 1975 his parents moved him and his younger brother Jerry to Florida. George put the sunshine in the state of Florida! He attended Edgewater Elementary school and was on his way to making many friends at that young age. From early on George was always a people person. It seemed no matter where this little ray of sunshine went others flocked to him and wanted to befriend him.

George played baseball and football as he grew into his teenage years. He really enjoyed all sports but was an avid Cowboys fan. He even had “star” lunch boxes and backpacks. That “star” remained through high school as he continued to play sports and accumulate more and more friends. Life-long friends were made back then!
George loved the outdoors. He loved to fish, camp, hike, and ride. Anything to be one with nature comforted his soul.

While in high school George began playing the drums and fulfilling a dream of his. Drumming was an expression of who he was and what he had to share with the world artistically. As his performances improved you could see the pride beaming from his eyes. He had a glow to him as he learned and perfected this craft. Undoubtably, music would be a large part of his life. He later learned to play the guitar and began to sing.

After high school George continued to play music. He was meeting other musicians and learning different styles of music and constantly practicing. He was part of numerous bands which earned him even more friends and connections.

Fast forward a few broken drumsticks and hundreds of miles later…. George moved to Virginia and became known as “Geo”. A name people embraced and loved. When George moved to the town of Roanoke he continued to gather more friends that he held near and dear to him. He joined a band and made a CD with them and was living out his dream. Little did he know his life was about to change forever. The mountains are where he would meet his future wife and the love of his life Jamie. Geo had finally found true love. Geo and Jamie move back to Florida and start a sunny, warmer life. They wed shortly after that. And then life delivers two priceless gifts….

What came next was a gorgeous little blonde bundle of joy named Morgan. A few years later they were blessed with a wonderful little boy named Garrett. George finally had the family he had always wanted for himself and was a very happy man!

Family meant everything to George whether it was his family or your family.

If you were blessed with knowing him, you would know George had a huge heart! His love for others was boundless. It touched each and every person he ever cared for. He loved so many people and those lives will be forever enriched because of it.

George was a loving, devoted, generous, and truly special human being who will be missed more than words can say. To know him was a gift. A gift to be cherished for all time.

Sadly and untimely….on March 7, 2019 that brilliant illumination was taken away from us.

A Gathering of Family and Friends will be held on Friday, March 15, 2019 at 5pm with a Funeral Service at 6:30pm at Edgewater Alliance Church 310 North Ridgewood Avenue Edgewater, Florida 32132.  Pastor Mark Spivey will be officiating.

A GoFundMe page has been created to help the Russell Family. 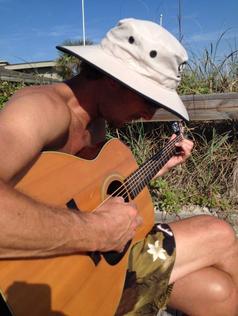 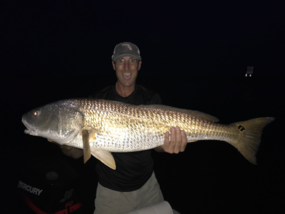 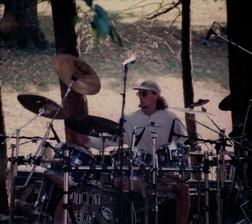 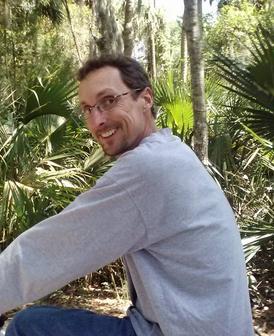