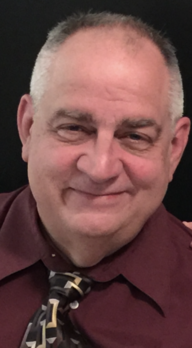 George Philip Davis, 65 of DeLand, Florida, passed away on Tuesday, February 9, 2021. He was born on April 7, 1955 in Brooklyn, New York to Charles Davis and Theresa Coniglio. He was the owner of “Let George Do It”, a handyman business, that was not just a job or a business but a ministry. He was a Jack of all trades and helped so many people in our community. Even after he was no longer able to maintain his business, he never let any obstacle get in his way of what he wanted to accomplish. Despite his physical limitations, he continued his acts of service through our church, Habitat for Humanity and Americore. He has helped so many people that have crossed paths with him, inspiring them with his love and positivity, his laughter and his smile, and his amazing sense of humor.

He had his signature laugh that brought with it an assurance that everything was going to be ok. It was contagious, and no one could ever mistake it. It would light up the room and inspire all those who heard it. As if it was sending a message that love will always find a way.

He was so strong and compassionate, leading by example in all things. His faith and love for Christ was overwhelming and helped to renew the faith of those around him. God led the way for him in all of the journeys’ he traveled. When faced with situations that would brake most men, he came out stronger. Making his love for his wife and God, deepen and radiate.

Our faith tells us that there are many parts, but we are all one body. When we lose one part, the whole body suffers. The impact of his loss doesn’t just effect his family, but all of you too.

George was a loving husband, father, Papa, brother and friend, who will be forever loved and truly missed. His wife, RoseMarie Davis, his children Lori Davis, Joey & John Bonanza, his grandchildren, Jordan, Jace & Jackson Bonanza and Isabella Scurry, want to invite everyone to join them in carrying on his legacy and to “Love Like George"