Georgia had a passion for acting, singing, composing, and painting. Before pursuing her studies in Psychology, Georgia performed and sang on the Broadway stage, Off-Broadway, and summer stock theatre in New York and the Pocono Mountains, Pennsylvania. She also performed with her brother Bill at Walt Disney World. She was known as a visually gifted Encaustic painter and her work was displayed in New York, Maryland, and Washington D.C. With a distinct passion for children, Georgia and her husband Craig were the proprietors of Auntie G’s Stay and Play in Deland, Florida for over twenty years. She also served as an Administrator, Grants Writer, and Costumer for the Central Florida Lyric Opera for over 16 years.

Georgia was preceded in death by her mother, Violette, and her brother Vincent John. She is survived by her father, George Andrew Doherty; husband, Craig; three children, Matthew and his wife Jennifer, Michael, and Robert, Jr.; sister, Phyllis; brothers, Michael, Timothy, Brian, and Bill; five grandchildren, Gregory, Cody, Darion, Breanna, and Bradley; great-grandchild Joslyn; and several cousins, nieces, and nephews. An Episcopal Mass will be held on Sunday, March 10, 2019 at The Church of the Holy Presence, 355 North Kepler Road (DeLand, FL) at 1 o’clock p.m. In lieu of flowers, memorial donations may be made to The Church of the Holy Presence Memorial Fund (in memory of Georgia Doherty-Sipes). 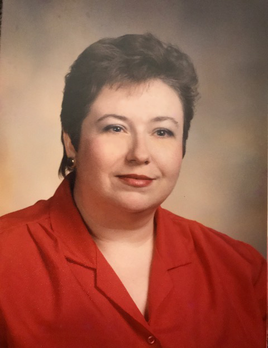 You can cry and close your mind, be empty and turn your back
Or you can do what she would want: smile, open your eyes, love and go on.