GILLASPIE, CATHY J., 58, died Friday, July 31, 2009, of cancer, in Orlando, Florida, with friends and family at her side. Cathy was born in Oklahoma in 1950, and moved as a child to Denver, Colorado. She graduated from George Washington High School and Colorado State University where she studied elementary education. Cathy was a gifted athlete and dancer and was the state champion in the 100 yard dash and the uneven parallel bars. She was also a National Champion Quarter Midget Driver. In college she entered and won the Miss Colorado Pageant and represented Colorado in the 1971 Miss America Pageant, where she won a special talent award for her dance performance. She was selected to join the USO European tour after the pageant, and in 1973, she was a featured performer at the Miss America Pageant in Atlantic City where she crowned the new Miss America; Rebecca Ann King, also a state queen from Colorado. Cathy went on to perform in many show business venues including TV guest appearances, her own nightclub act, and with MGM's Las Vegas and Reno shows "Hallelujah Hollywood", opening cast, and "Hello Hollywood Hello", both at the MGM Grand Hotels. After moving to Orlando, in 1980, she opened her own "Showtime" children's dance studio which quickly became the largest children's dance school in the country with over 3,000 students. Her slogan "We build confidence and make fond memories for children." came from her heart. Nothing was more important to Cathy, than for her students to feel good about themselves and enjoy the dance. And they did! In addition to the many national dance competitions her students won, they also won the $100,000, Ed McMahon Star Search Competition. Their success was a testament to her belief in positive reinforcement. After losing an infant son in 1981, and almost losing another in 1983, Cathy became a tireless worker and supporter of the Arnold Palmer Children's Hospital and was on the Board of Directors of the Orlando Health Foundation. For many years she supported the hospital with her "Kick for K.A.R.E." benefit program. She would be pleased if, in lieu of flowers, friends would donate to "Kick for K.A.R.E." at Showtime Dance Studio in Altamonte Springs. Cathy was married twice and had three children (all boys), one of whom died in infancy. The surviving brothers; Jon (32) and Bill (26), live in Debary, Florida. Cathy is also survived by her Mother; Joyce (Denver), and siblings; Bobby (Las Vegas), Dean (Denver), Amber (Las Vegas), and Rocky (Las Vegas). At her death she also left her beloved dogs "Miss Monroe" and "Zorro". A memorial service for Cathy is planned for Wednesday, August 5th, 2009, at 3:00 PM, at her church; Northland Church Distributed, 865 S Ronald Reagan Blvd, Longwood, FL 32750-6414, (407) 260-2357. All who knew and loved Cathy are invited to attend the service to say farewell to a truly unique woman who gave so much to so many. She was a loving mother, a gifted dancer, a true friend, a dedicated philanthropist, and a devout Christian. She was very special and will be remembered and missed by so many. God Bless You! Cathy, you are in His kingdom now. We pray for your peace and happiness forever and ever. 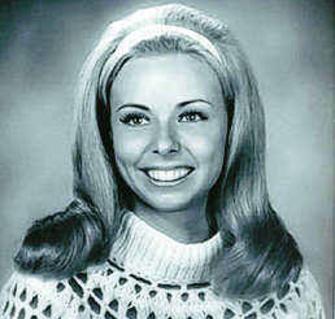