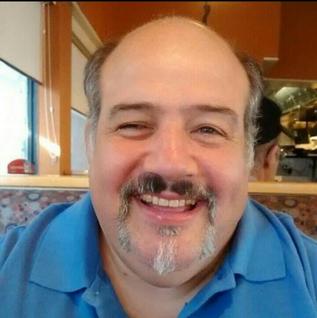 It is with deep and heavy heart, that we announce the sudden passing of Guido Pasquale Capra. Guido will be missed by all of those who knew and loved him!

Guido was an Electrician by trade and was proud to say he worked as a "A" Journeyman for the IBEW Local # 3. He not only worked as an electrician in the construction field, but also worked for the Excavators Union Local 731, and Blasters, Drillrunners & Miners Union, Local 29; but his true passion was the field of electric. He worked for SUNY Maritime College as the Chief Electrician on the TSS Empire State training ship in Fort Schuyler, located in the Bronx. As Chief Electrician, he traveled the world while educating and training the cadets on the electrical components of the ship.

Guido was also the President of the Coventry HOA, a Fellow FreeMason and Shriner. He was also Manager for Florida Men’s Half Century Softball team the Florida Mules. Where his motto was 'It is what it is, what are you gonna do?'

His love for his trade, and extracurricular activities was nothing compared to his love of his family! He taught his two sons, Vincent Joseph, and Joseph Guido everything he knew; from electrical, plumbing, carpentry, tile, flooring and how to repair their cars. So much so, they rebuilt engines together! His other motto was “work smart, not hard!” But the most important life lesson he taught them was how to become good men, where he did an excellent job! He was very proud of the men they have become.

He is predeceased by his parents, Guido and Adeline Capra, his in-laws, Joseph and May Corrente. He is survived by his wife, Francine and his two sons, Vincent Joseph and Joseph Guido. He leaves behind his siblings, Josephine Capra, John Capra and his wife Irene, and his youngest brother Edward Capra. He also leaves behind his brother-in-laws Joseph and Barbara Corrente, Vincent and Marie Corrente, and his sister-in-law Mary Jo and Michael Peisel. He leaves behind numerous nieces and nephews, aunts, uncles, cousins, and numerous friends who he called family. All of whom he loved dearly!

We only ask that you pray for our broken hearts to heal and peace in our soul.  We know that he is finally at rest and no longer in pain; it is only the pain and emptiness he leaves behind, but only time can heal broken hearts.

They say you only meet your soulmate once in a lifetime, and I am eternally grateful I met you! I will always love you and will look up to the stars, smile and say "To Infinity and Beyond." Till we meet again my love.

The boys and I love you beyond words, for you know what's in our hearts. Rest in beloved peace!