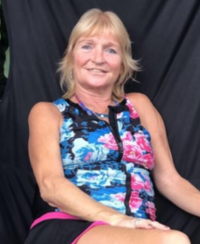 Holly Elaine Schlemmer, 50 of Deltona, Florida passed away on Thursday, September 26, 2019.  She was born on October 14, 1968 in Las Vegas, Nevada to Rodney D. Schlemmer and Linda Louise Sellers.  She worked in Homecare as a Caregiver and moved to Central Florida from Oregon in 1994.  Holly enjoyed gardening, being a caregiver, going to the beach and spending time with her nieces and nephews.

In Lieu of Flowers, the family would like for donations to be made in her honor to The American Cancer Society.