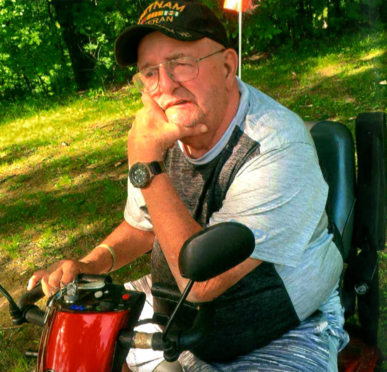 James Robert Bearer, 69 of Deltona, Florida passed away September 25, 2016.  He was born on March 15, 1947 in Detroit, Michigan to Robert Henry Bearer and LaVada Lewis.  He served in the United States Army and was a Vietnam Veteran.  He is survived by his sisters Christina Hinton and Cheryl Bearer both of Deltona, Florida, Debbie Pilotti of Wayne, Michigan, his brothers William  Bearer of Daytona, Robert Henry Bearer, Jr. of Wayne, Michigan, his daughter Rebecca of Michigan,  sons Johnny and Matthew both of Michigan and Johnnie Hughes and crew of Orlando.  He is also survived by Travis and Sandy Rishel and crew of Orlando, Liz Spichalsky from Deltona, several nieces, nephews and two grandchildren.  He will be greatly missed by his family and friends.

​Flowers can be ordered and delivered to The River City Church by Callaraes.  Condolences can be sent to Altman-Long Funeral Home.