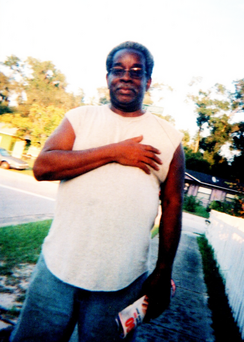 John Cecil Jackson, Sr. was born to John Jackson and Myrtle Pender on May 30th, 1943 in Orange City, Florida. He was raised in both Orange City and DeLand, where he attended Euclid High School. John met his love, Ula(Eula) Mae Williams in high school and they later married on June 12, 1965. They spent, what’s a lifetime for most, 52 years + together before Ula transitioned to be with the Lord in 2017. From their union they had three children, seven grandchildren and many great grandchildren!

John, referenced by most as Johnny, was not shy of hard work! He was employed over the years by Pinebreeze Farm Inc Eggs, Volusia County Environmental Services, The Volusia County School Board and Sherwood Medical where he retired after 15 years in 2005.

Johnny knew and loved the Lord, he attended Royal Temple FME Church in DeLand and later attended New Hope Baptist Church of Deltona, Florida before relocating to Atlanta. He often studied his Bible and always had one to give away! He loved gospel music but he especially favored Andrae Crouch’s “Let The Church Say Amen”.

In addition to family, work and church Johnny loved his yard! He was determined to have pristine landscaping and often worked in his yard. He also loved technology! He was an amateur ham radio operator, where over the airways, he was known as “Doctor J” and “KU4LX”. He loved to build computers from scratch and often created DVD’s and CD’s to share with family and friends. He was a very skilled and determined man. 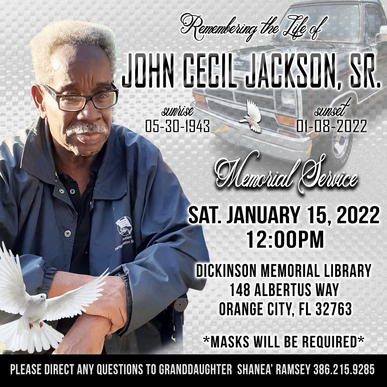