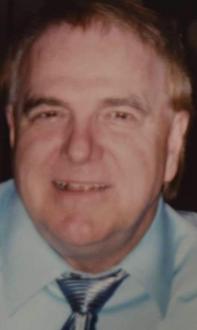 Born in Portsmouth, VA, John was the son of the late Linwood S. Garner and Frances K. Garner.

John is survived by his wife, Vivian Garner, daughter, Amber (Nathan) of Orlando, FL, and five grandchildren - Reese, Macey, Lexie, Daisy, and Chase. Other family members include his sister, Debbie Harbour (Ed) of Chesapeake, VA, his brother, Bobby Garner (Patti) of Montana, and one niece, Lindsay Grimsley, of the Outer Banks.

Johnny was a graduate of Cradock High School, class of 1972. He attended Old Dominion University and earned a business degree. He was also employed by the Norfolk Naval Shipyard, and retired after more than 30 years.

Johnny's life will be celebrated at 11:00 am on Saturday, August 28th at Pinecrest Baptist Church in Portsmouth, VA.

In lieu of flowers, the family asks that you make a donation to the Alzheimer's Association.