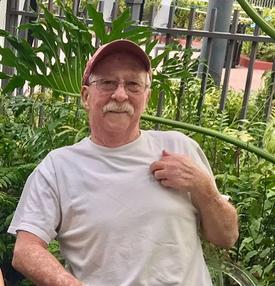 Jack was born on April 4th, 1950 to Theresa McDonough Day and Harry Day in Boston, Massachusetts. Jack was an energetic, vivacious and enterprising young Irish lad who could be found delivering papers, shining shoes at Fenway park, climbing trees, fixing bikes, or being an altar boy in a local church in Brockton, MA. Upon graduating from Brockton HS in 1969, Jack entered the Navy. This is where his enthusiasm for electronics and repairing everything flourished. Following his years in the Navy, Jack attended both Cape Cod Community College and Bridgewater State College in MA.

Jack’s love for the sea led him into the Maritime profession. He proceeded to work for Seahorse Incorporated, Zapata, and Europirates International sailing as Assistant, Chief Engineer and Dry Dock engineer. His work took him from the southern US to South America and West Africa among other destinations.

During one of his work breaks he rediscovered Jamestown, Rhode Island where he found not only a home but the place he would refer to as his most cherished spot. Jack worked locally at the University of Rhode Island as well as learning the craft of building homes with one of his best friends; John Lawless of Jamestown, R.I. He respected John as a mentor as well as an older brother.

Having “always followed the sun” as Jack would say, an opportunity to repair a few boats in Key West, Fl.  arose. Jack not only took advantage of this, but also decided that the couple should move to the warm weather of Key West in 1988. From that point forward, Jack would call the Keys his home.

Jack found the Island life and the friends he made fulfilling making a career as a diesel mechanic for 30 years. Jack and Sharon were also part owners of the DISCOVERY Glass Bottom Boat for many years in Key West. Jack will always be remembered for his no nonsense and straightforward outlook on life.

In accordance with Jack’s wishes, there will be no service. His wish has always been to have his ashes spread at Beavertail Lighthouse in Jamestown, Rhode Island where he found so much peace and happiness. Jack would want his friends to tip a beer and share a story at the Narragansett Café in Jamestown, Rhode Island along with the Purple Porpoise Pub in Big Coppitt Key, Florida.

A special thanks to Halifax Health Hospice in Orange City, Florida who provided so much support at the end of his life.

Until we meet again, may God hold you in the palm of his hand. 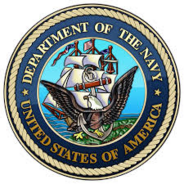