Durning his early childhood in Sanford, Johnnie Lee attended Goldsboro elementary school. In the 1960's Johnnie Lee attended Edison Technical Institute where he graduated with an Auto Mechanic diploma in Rochester, New York. After high school He went to Monroe Community College where he received his Associates degree in Physical Education.

Johnnie Lee had a passion for cars. He worked as an auto mechanic and loved to drive race cars. From 1968-1973 he raced cars and spent a lot of time at Spencer Speedway Racetrack.  He drove a 1967 Chevy Chevelle. He earned himself many trophies and because he was such a fast driver he was nicknamed "Jack Rabbit".

Johnnie Lee loved music and playing basketball, he played in different local leagues. He also loved to travel. Parts of Florida, Toronto, Atlanta, Chicago and Detroit were among his favorite places to visit within the United States.

In the early 1980's Johnnie Lee attended the College at Brockport where he was majoring in Psychology until he took ill. Even with his illness, Johnnie Lee had a wealth of knowledge in every aspect of life.

​A Gathering of Family and Friends will be held on Tuesday June 27, 2017 at 10am at Altman-Long Funeral Home with a Graveside Funeral Service at 11am at Hollywood Cemetery 1031 S. Carpenter Avenue Orange City, Florida 32763.  Rev. Larry Weiss will be officiating.

​Beautiful flower arrangements can be ordered and delivered by our local florist Callarae's. 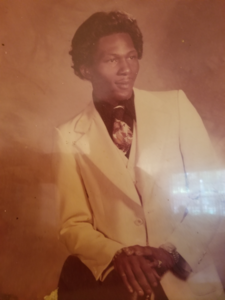