​​Joscelyn Palmer is survived by his spouse Pansy Smith-Palmer.  They lived in Deltona, Florida and remained in Florida until his passing on May 18, 2016.  Joscelyn was born to the late Noel Ward and Floribell Whiteon June 9, 1937 in Mandeville, Jamaica.  He met and married his former spouse Cynthia Smith in his hometown of Mandeville.  The union presented four beautiful children named Maxine, Andrew, Courtney and Petreen.

He enjoyed life in Jamaica with his family until 1980 when they migrated to Cincinnati, Ohio.  Joscelyn loved to cook, (some of his favorite dishes were roasted breadfruit, salt fish and provisions).  Even though he lived in the U.S. he loved his island food.  He also enjoyed farming and was a great mechanic.  He was known as Mister fix it.  He was surrounded and supported by his family and caregivers during the last days of his life.  He will be forever missed. 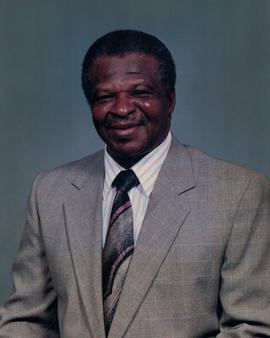