Joseph Harrison Smith, 88, died in the inpatient Vitas Hospice Unit in Daytona Beach, FL on April 8, 2021. He was a loving father and husband. He was predeceased by his beloved wife Patricia Gibson Smith on 1/10/21, his son Joseph Michael Smith and two daughters; Kelly and Kimberly Smith who died at birth. All who knew him loved him very much. He owned his own business and was in the insurance industry until his retirement from Smith Insurance Agency in Churchland, VA in 2003. He loved motorcycles and still rode often until just a couple of years ago. Joe came out of retirement and worked as a transport driver for Chesco Services in Pageland, SC until his second and final retirement at the age of 83.

Joseph is survived by his daughter, Julie A. Smith of Cheraw, SC and his Step-Daughter Maria Enzor (husband Mike Enzor) of Deltona, Fl. both of which will hold him near and dear to their hearts. His daughters Julie and Maria loved him very much and will miss him tremendously.

The family would like to also extend their sincere gratitude to Dr. Wayne Barry and his staff at Vitas Hospice for the phenomenal care they provided to him in the last months of his life. Their compassion and devotion to his end of life care was extraordinary and appreciated more than words can say. 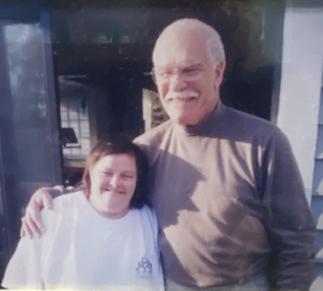