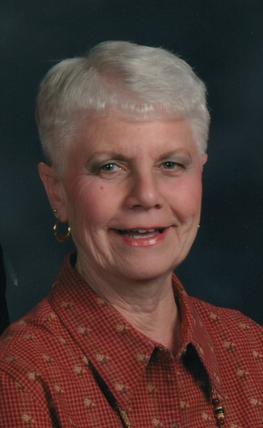 Linda Rowley was born on May 23, 1942, to Milton and Dorothy Titus of Burlington, Iowa. She has a younger sister, Jerrien Hill, who lives in Overland Park, KS. Linda ranked in the top five of her graduating class of 300. She excelled in piano and violin advancing to first chair and expected to major in music.

Linda was fifteen when she refused Jack Rowley’s invitation for a date. But Jack who was a freshman in college continued to pursue her. After four years of courting, Linda and Jack were married just as Jack was entering the Air Force after graduating from college. Four years as an officer’s wife and a move with GE’s Aerospace Division to Cincinnati brought Linda in range of a young teaching pastor named R.C. Sproul. After exposure to R.C.’s Bible studies and evangelism classes, she persuaded Jack to go hear R.C. the night he was teaching from Romans 8. It was love at first sight. They were mesmerized by Dr. Sproul’s exposition of Romans, then Hebrews.

After Dr. Sproul and family left Cincinnati to establish the Ligonier Valley Study Center in 1971, Linda convinced Jack to learn the Evangelism Explosion method of evangelism. They presented the Gospel, hosted Bible studies, and dreamed of capturing R.C. on videotape to use in the group studies. At first R.C. thought that video recording would be out of reach for the struggling Study Center, but Linda was determined to purchase their own equipment and travel to Ligonier to capture R.C. on tape. Afterall Jack was producing video training for the airlines, so why not try it with theology? Eight Cincinnati churches and many bible study groups began to watch Dr. Sproul on TV starting in 1974.

Leaving GE and moving to the Study Center was a challenge in 1977. Linda became a staff wife feeding students dinner in our home. Dr. Sproul hired Linda to be the first Ligonier salesperson in 1980. Now there were four children to raise while convincing churches of this new magnificent teaching tool bringing Dr. Sproul’s teachings to churches everywhere. This she did for 25 years while raising a total of five children. The home Bible studies continued until the Lord called her home after 50 years of bringing reformed theology taught by her favorite teachers to thousands of Christians.

Linda is survived by her loving husband John (Jack) Rowley, five children, thirteen grandchildren and three great-grandchildren. We thank God for all of his goodness and the way He chose to work through Linda to spread His Word. We rejoice that she is with her Lord and Savior in the splendor of His Glory.