Louis V. Gonzalez, 50 of Naples, FL died Monday May 11th, 2020 in Orange City, FL after a very long illness. He was born on Grand Cayman Island April 30th, 1970 to Dorcas M. Ebanks and Victor M. Gonzalez. Louis was a graduate of Lely High School in Naples, FL. During the years Louis could work he was a carpenter for A. Vernon Allen. When his illness progressed he stayed at home and helped raise his two beautiful children. He was thoroughly loved by all who knew him. He was always there if someone needed a hug or smile. He loved his life right up until the end. One of his most joyful things in his life were his children Emelina and Matthew ages 12 and 9. Louis met his wife Beth in 1991 and they married October 24th, 1993, this year would have been their 27th anniversary.

To know Louis was to love him. He was an amazing father to his children and husband to me. Louie was the love of my life. Not a day goes by we haven't mourned his loss so deeply. Our children and I will never be the same. I can not imagine a life without hearing his sweet laugh and seeing his tender smile which he was always willing to give to us everyday even though he was always in so much pain for so many years.

We will always have you in our hearts Papi and will love and miss you forever.

In lieu of flowers a GoFundMe account has been set up to help his children. Louis V. Gonzalez memorial fund.

The Gonzalez Family will have a memorial for Louis in Naples, FL- details will follow on Facebook.
​ 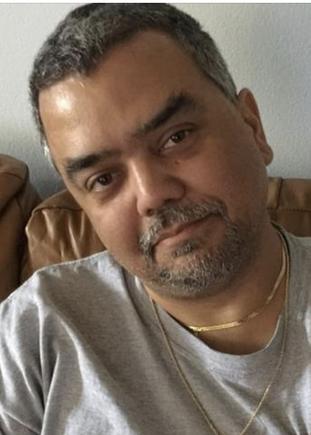