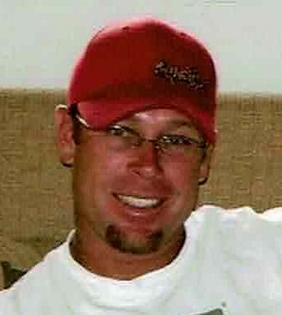 Born to Candy & Mike Barb on February 9, 1977 in Portsmouth, Ohio Passed away on April 26th, 2021 in Deltona, Florida. In 1981 Jeremy moved to Deltona with his family…Candy, Joey & Josh. Little sister, Steph entered the world in 1983 & completed the family tree.  Campbell Park was the stepping stone to Jeremy’s future as an outstanding soccer player. In the Goalie position he excelled & it gave him a solid foundation as one of the top Goalies at Deltona High School in the 90’s.With Volusia County Parks & Rec Basketball, Jeremy was a key player for many undefeated “Chargers” seasons in the 80’s.

His love of football was evident every time he hit the field for the West Volusia Eagles & set the stage for an opportunity to represent The Deltona High Wolves for 4 years, both offensively & defensively. Watching “The Bears” or the Miami Canes”(U)” with him would be a gamble, but either way, you knew he was in the room.…ok…. the entire house.

When Jeremy became a father & “his boys” were old enough to play Little League, he was so proud to accept the role as Coach/Manager for a long run of the #1 Cardinals (named after his favorite baseball team), though he had only played one season as a child.

Even though Jeremy enjoyed sports (can’t forget to mention fishing & a round of golf every now & then), his passion for Nascar & Dale, Jr. never faltered. He loved the tailgating, drop of the green flag, fast cars & “the smell of excitement in the air”.

Jeremy’s love of the outdoors was a contributing factor in the profession he chose after graduation in irrigation & landscaping. Girard Environmental played a huge role on the employment line. The knowledge & expertise achieved throughout the years guided him through his own business-JB Outdoor, Inc.

The friends & relationships that transpired throughout Jeremy’s life are immeasurable. His love of life was infectious. He wore his heart on his sleeve & literally, would give “the shirt off his back” to anyone in need.

Though he held his friends close to his heart…..Family was HIS HEART. “His boys” or “My boys” were the center of his life & his everything. He would be the first to admit he was a “Mama’s Boy” & he didn’t care who knew. Always ready for a family celebration or gathering, especially if it included a road trip. He treasured “Family Time” & was very proud to be an American & loved his country. He believed in Prayer and loved God.

Burial will be with his brother, Josh, at Hollywood Cemetery in a private family ceremony.

In lieu of flowers, the family is asking to please make a donation to Wounded Warriors Project or Deltona Little League.