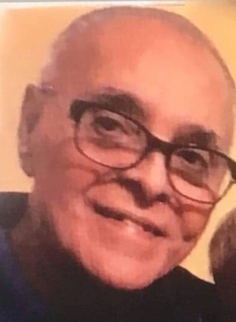 Rigoberto Rodriguez, 85 of Deltona, Florida passed away on Friday, January 4, 2019.  He was born on August 7, 1933 in Cabo Rojo, Puerto Rico.  He worked in Home Repair and was a Handy-Man.  He moved to Central Florida from Hackensack, New Jersey in 2015.  He enjoyed carpentry work.  He was preceded in death by his brother Ruben Acosta.  He is survived by his daughter Inez Rodriguez (Deltona, FL), daughter Milagros Figeros (Deltona, FL), sister Alma Rosa (Bronx, NY), sister Daisy Rios (Jersey City, NJ) and brother Jose Acosta (Apopka, FL).  He will be greatly missed by his family and friends.

In Lieu of Flowers, the family would like for donations to be made in Rigoberto's name to St. Jude's Children's Hospital.