Robin Mitchell Smith, 66 of Orange City, Florida passed away on Tuesday, March 24, 2020.  He was born October 2, 1953 in Seville, Florida to Sam and Sue Smith. After graduating with honors in 1972 from Taylor High School in Pierson, he started working in the fern industry and was a professional fishing guide on the St. Johns River for several years. Robin loved guiding and led many fishermen to countless largemouth bass weighing over ten pounds. After retiring from guiding he began employment with the Volusia County Department of Corrections where he was a Senior Corrections Officer for 17 years, retiring last year.

Robin is survived by his wife, Wanda North Smith, sons Devon (Kim), Deric and Riki, 13 grandchildren, 4 great-grandchildren, brother, Bobby Smith and numerous other family and friends. The family gathered at Lake George Park on Nine Mile Point Road for a sunset memorial in his honor on March 26 and a Celebration of Life service will be held in Pierson at a later date to be announced. 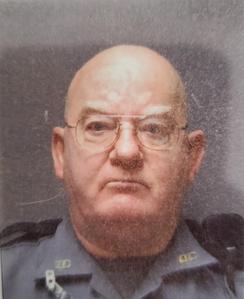