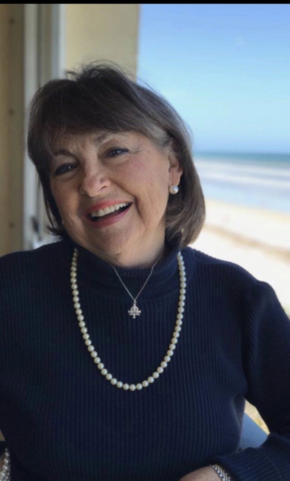 Sherra Elizabeth Jones, a registered nurse and lifelong resident of Sanford, FL died of glioblastoma on August 13, 2019 at the age of 78 in her own bed in her home.

Sherra was born on March 6, 1941 to William Fox and Dorothy White Fox in Orlando, FL. She graduated with an Associate’s Degree as a Registered Nurse from Valencia Community College in 1979. She worked in Labor and Delivery at Central Florida Regional Hospital for 20 years, and several baby girls were named after her. She married Gerald soon after high school graduation on September 16, 1960.

Sherra was a devoted mother, a competitive tennis player, a downhill snow skier, and enjoyed playing Bridge regularly with her friends. Sherra earned her private pilot’s license and her real estate license. She volunteered as camp nurse for 19 years at Camp Winnataska in Birmingham, AL where her daughters were campers as she had been when she was a child.

Most important to her was her faith in Jesus Christ, and she was an active member of St. Andrew’s Chapel. Sherra participated in Bible Study Fellowship International and was a devoted member of a cherished women’s prayer group, the Saucer Sisters.

A Gathering of Family and Friends with Visitation will be held on Saturday August 17, 2019 from 9:30am-11am with a Funeral Service at 11am at St. Andrew’s Chapel  5525 Wayside Drive Sanford, FL 32771. Pastor Don Bailey will officiate. Interment will follow  at St. Andrew's Cemetery followed by a guest reception to be held in the church Fellowship Hall.