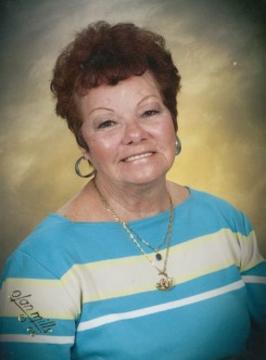 Virginia Rose "Ginny" Wheeler Gallo, 93, passed peacefully May 22, 2021, at DeBary Manor. Private family memorials are pending. Mrs. Gallo was born Sept. 8, 1927, in Baltimore, the daughter of Frank and Alice Dowdell Wheeler. Ginny married Thomas Archer Jr. of Philadelphia. Tom and Ginny had four children. Ginny was a homemaker and greatly enjoyed summer vacations with her family in New Jersey at "the Shore." Once her children were grown, Ginny attended cosmetology school to become a manicurist. She loved music, shopping, holidays, and any reason to have her family gathered together all around her. Later in life, Ginny married Joseph Gallo of Mount Laurel, New Jersey, and retired to Florida after his death to be close to family. "Ginger," as many of her friends called her, was one in 10 million. There will never be another like her.

In lieu of flowers, the family requests memorial donations be made to In His Hands Orphans Outreach (IHHOO) or to the Dementia Society of America.

Thank you to the staff of DeBary Manor and to Ginny's hospice nurses. Your kindness will never be forgotten.

Condolences for the family may be sent to Altman-Long Funeral Home.​