Allan Ney (Walter Allan Ney) was born June 15, 1946 in Arlington, Virginia and broke on through to the other side on October 23, 2019 at 8:31 a.m. at home in DeLand, Florida.. Allan was firstborn of Walter "Ray" Ney and Velma Murrah Ney. He was predeceased by his identical twin Richard Alton, his father Ray, mother Velma, little brother Paul Wayne (Eileen Olsen), nephew Christian Ney (Paul), and niece Hope McFarland (Anne).  Allan is survived by his wife Stephanie, sons Joshua Allan (Tanya) and Jeremy Miles (Pamela Morales), his grandchildren Lula Eloise, Ira Allan and Vera June (Josh and Tanya), siblings Gene Ney, Anne Ney-McCord, Bonnie Ney Potts, Patty Arthur (Steve), and nieces and nephews Robert Potts, Greg Ney (Sabrina Rhodes), Dawn McGrady (Patrick), Justin McCord (Tiffany), Aaron Arthur (Amanda), great nieces and nephews Anthony (Justin), Kylie (Justin), Danny (Hope), Gabrielle (Robert), Jesse (Greg), Alice (Aaron), Best Friend Bobby Moore, and a great host of cousins and friends, all of whom he loved dearly.
Allan was a proud Fairfax, Virginia native.  He graduated from James Madison High School, worked on his Civil Engineering degree, was drafted (Army), did a tour of duty with the First Calvary in Vietnam, and finished out in the Army Reserves. Allan began his civilian career working for the US Geological Survey, realized a "desk job" was not for him and quickly put his knowledge and skills to use in Construction, working for many years as a Commercial Construction Superintendent.  As we used to say, "He Built Rocks" in the DC Metro Area and Central Florida ... from the DC Metro (Subway), to large hotels and office buildings, to the Orange County Courthouse in Orlando, the Honors College Building at the University of Central Florida, to the Kim C. Hammond Justice Center in Bunnell, to churches, to elementary, middle and high schools.

Allan was an avid Motorcycle Enthusiast, and loved combining riding and military events, such as the Annual Rolling Thunder Run to the Wall, or pretty much any other time he was able to get his knees in the breeze.  He was passionate about baseball (Go Nats!), and coached both sons in Little League.  He became known as "Coach" to many NW Volusia kids, and had a number of years coaching All Star Teams - he was so proud of each and every one of his players.
Allan was also known as "Uncle Daddy" to bunches of "his kids" (both young and not so young).  He loved God and Country, but there was nothing more important to him than Family and Friends.  He was generous to a fault, and despite his gruff exterior, he was a teddy bear and had the biggest heart there ever was.  He was his family's provider, protector, and our rock.  Following Ray's death, he took on the role of Family Patriarch, and would have gladly given his life for any of us (including friends).  Allan loved, and he loved BIG.  He will be sorely missed.  Allan Ney was one of a kind - he broke the mold. Godspeed Allan, fly high... we'll all meet again, because The Circle will be Unbroken.
​ 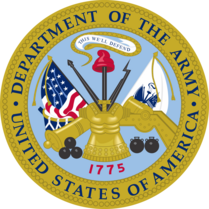 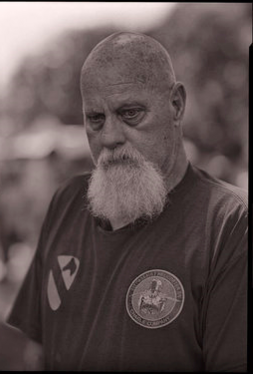