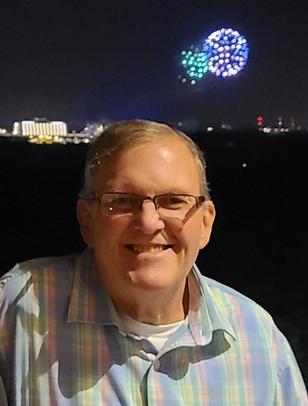 It is with great sadness to announce the passing of our beloved William "Bill" Thomas Long, 58 of DeBary, Florida. He passed away on Sunday, January 2, 2022. He was born on January 28, 1963 in Rockledge, Florida to Robert G. Long, Sr. and Catherine Howser-Long. Bill graduated from Merritt Island High School, Merritt Island, Florida. He attended Gupton Jones School of Funeral Services in Decatur, Georgia where he graduated and became a Licensed Funeral Director and Embalmer. He received a PhD in Metaphysics from University of Sedona, Sedona, Arizona and was also a member of the University of Sedona Alumni Association. He also served on the Winter Park Police Department, Winter Park, Florida before becoming a Deputy at the Volusia County Florida Sheriff's Department.

Bill was a Licensed Funeral Director and was the Owner of Altman-Long Funeral Home, serving the community for over 37 years. Although he sold the funeral home in 2016, he was still an integral part of the team up until his passing. He was a charter member of the Independent Funeral Directors of Florida (IFDF). He also served on the DeBary City Council and Volusia County Council. Since early 2018, Bill was an integral part of the sales staff at Cardinal Casket Company, covering the northern part of Florida as well as the Southern half of Georgia.

Bill was an avid hunter and outdoorsman who loved to travel. He was a member of Christ Church Unity in Orlando, Florida. He enjoyed watching football and was a big New Orleans Saints fan. He loved spending time with his family, friends and his beloved dogs. Anyone that truly knew him, knew that he had a huge heart. The loss is immeasurable, but so is the love left behind.

Bill is survived by his mother, Catherine Goodell, brother Robert G. Long , Jr. and sister-in-law, Florence Long, brother John Curtis Long and brother-in-law Bernie Callahan as well as his cousin Connie Alley. He will be greatly missed by his family, friends and colleagues.

A Gathering of Family and Friends will be held on Friday, January 14, 2022 at 2pm with a Memorial Service at 3pm at River City Church 267 East Highbanks Road DeBary, Florida 32713.

Rev. Cynthia-Alice Anderson and Pastor Larry Weiss will be officiating.

In lieu of flowers please donate to your favorite charity in Bill's memory.