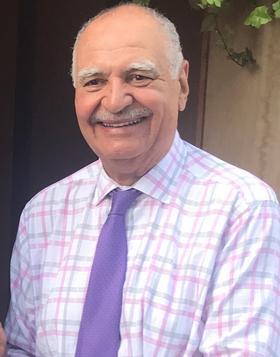 His Life, His Story

The son of the late Beatrice and Charles Asbury, Bill was born in Concord, North Carolina, on June 24, 1947. He was the sixth child in his family with four brothers and two sisters.

Bill began his professional career as a Computer Programmer with the International Business Machines Corporation (IBM), at their Durham, North Carolina location. Bill rapidly advanced within the company to positions of greater responsibility in management. As a Senior Programmer in the Federal Systems Division of IBM, he was transferred to Kwajalein in the Marshall Islands, where he worked on the highly classified Intercontinental Ballistic Missile SAFEGUARD project for the US Department of Defense. He later advanced to Manager and subsequently Senior Manager within the ISSC Division of IBM and served in several US locations.

Bill was named IBM Executive to the 1996 Olympics in Atlanta, Georgia, as a Technology Specialist. In this role, he was responsible for planning, staffing, and implementing the operations environment in support of the Atlanta Olympics. Later, he served as Director of Technology for the Olympics in both Nagano, Japan and Sydney, Australia. In this capacity, he was a member of a five-person IBM team responsible for overseeing and approving the total technology plans and investments in the Olympics at both locations. These assignments required him to spend many months abroad, both prior to and after the Olympics.

After a long and successful career, Bill retired from IBM, but he continued his affiliation with the company for a number of years as a consultant. During his career with IBM, Bill occasionally served as a part-time Instructor within the company and designed and taught a course called Psychology in Business. He also served as an Adjunct Instructor at the University of Kentucky, where he taught a course called Introduction to Data Processing.

During his retirement, Bill remained active in business as a consultant, and was involved in a number of business ventures. He was the Vice President and Partner of the Business Interior Group, Inc. based in DeBary, FL. He was the co-founder of the business, which provided office furniture to over 40 local and national accounts.

As a loving husband, father, and friend, his dedication to placing family and friends first was paramount. Over the years his love of travel and new experiences created lasting memories for those he loved. Throughout his retirement Bill was an avid golfer and continued to remain active with his community and the Omega Psi Phi Fraternity in many educational, social and charitable programs. His passion in life, both personal and professional, was providing guidance, leadership and lifting up all who met him to achieve their highest goals. Along his journey of life, Bill never met a stranger. Bill was a problem solver and mentor assuring that no matter the challenge or task, no detail was ever left unfinished. His calm demeanor and methodical process to life will forever be a lesson to all who met him.

Bill’s wife Alice and their daughter Audra, have established the William R. Asbury Memorial Scholarship through the Chi Tau Chapter’s Friendship Foundation. The family asks in lieu of flowers that donations be made in Bill’s honor to help deserving young men pursue a college education. Donations can be made in memory of Bill Asbury via Paypal at xtkf@mighytchitau.com (click “friends & family” under the drop down menu) or mail donations to Friendship Foundation, Inc. P.O. Box 2746, Orlando, FL 32802.